It's about communities working together to protect pollinators and preserve the beauty of nature.
Photo courtesy Stephanie Lam

Inspired by their success and the idea that cities can become champions for pollinators, she returned home determined to find a way to engage Canadian cities, towns and other communities in this important cause.

The idea of a Bee City caught on right away with Toronto City Council voting unanimously to become the first Bee City in Canada in March 2016.

By the end of 2021, over 150 cities, schools, campuses and businesses have joined us, underscoring that Bee City’s message has resonated with Canadians and that communities across the country are ready to take action to protect our pollinators and preserve the beauty of nature. 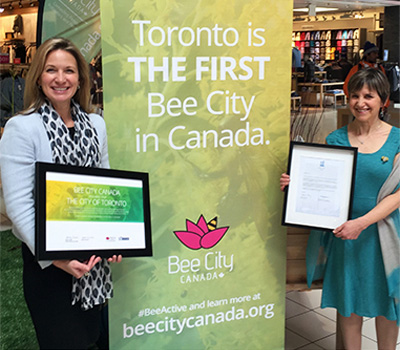