Check out what our sister organization is doing south of the border with 15 certified Bee Cities and counting!

Bee City USA fosters ongoing dialogue in urban areas to raise awareness of the role pollinators play in sustaining three-quarters of the world’s plant species and what each of us can do to provide them with healthy habitat. 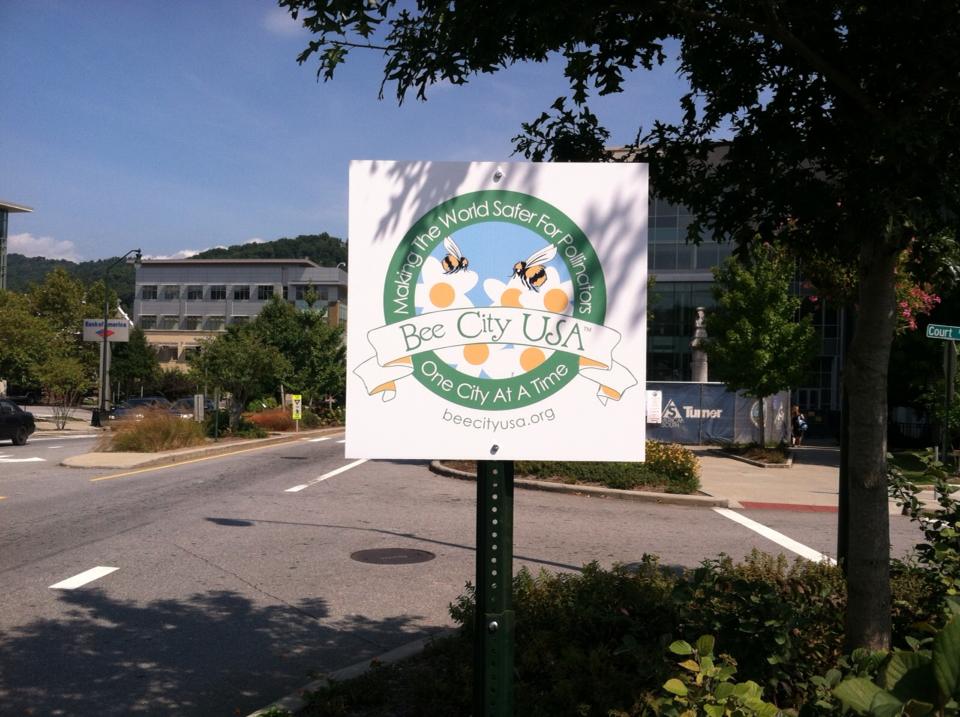 Bee City USA certification is both an honor and a responsibility. Launched in 2012, the Bee City USA program endorses a set of commitments, defined in a resolution, for creating sustainable habitats for pollinators, which are vital to feeding the planet. Communities across America are invited to make these commitments and become certified as a Bee City USA affiliate.

In 2006 when honey bee colonies started disappearing, later dubbed “Colony Collapse Disorder,” beekeepers and non-beekeepers alike became very concerned. After all, one in every three bites of food we eat is courtesy of insect pollination. Equally important, three-quarters of the world’s plant species rely on pollinators for reproduction. While less is known about wild bees and other pollinators than honey bees, we do know that entire species are disappearing at alarming rates as they battle most of the same enemies as honey bees–loss of habitat essential for food and shelter, inappropriate pesticide use, diseases, and parasites.